A jury’s job throughout a trial is to comprehend, understand and process all of the information conveyed by both the attorneys and witnesses.  Plainly hearing this information without any form of aids (e.g., picture, graphs, physical objects, etc.) can lead to forgetfulness when it comes time for deliberations.  That is why it has been common practice in the trial world to use evidence to help these juries pair aids with facts throughout a trial.  Lawyers are afforded the ability to use demonstrative and substantive evidence throughout the presentation of their case: both to simplify information and make it more memorable.  Demonstrative evidence is used to give the jury a chance to experience the issues and facts of a case in the eyes of the presenting party.  The main purpose of demonstrative evidence is to make the jury believe that your theory of the case is the one that should prevail.

What is Demonstrative Evidence? 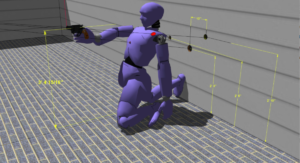 How is Demonstrative Evidence Admissible?

If demonstrative evidence has no independent probative value, and no objective relevance to the case, then we must wonder what rationale the courts could have for this evidence to be admissible.  That answer is simple, it makes the trial easier and more entertaining for the jury to follow. It makes listening to the potentially boring and confusing testimony of multiple witnesses less boring and less confusing, thus ultimately more believable. As McCormick put it:

“Since ‘seeing is believing’, and demonstrative evidence appeals directly to the senses of the trier of fact, it is today universally felt that this kind of evidence possess an immediacy and reality which endow it with particularly persuasive effect.” [1] McCormick On Evidence §212 (E. Cleary 2d ed. 1981).

While the requirements for admissibility of demonstrative evidence are not hard to meet the trial judge must still use a balancing test to determine whether the evidence can be used at trial.  Just as with any other kind of evidence the judge must weigh the probative effect the evidence can have on explain the case against the prejudicial effect that this evidence could potentially have on the defendant.  A popular example of this would be pictures of a crime scene or dead body after a murder.  If the pictures are just being used to enhance the jury’s understanding of the case a judge will most likely say they are too prejudicial.  However, if these pictures add something to the case, such as clarifying a dispute of the angle a person was shot, a judge would most likely conclude that the probative value outweighed the prejudicial one. 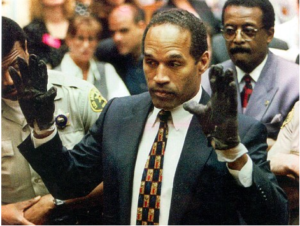 This leaves us with the question of whether demonstrative evidence should continue to be used in trial practice, and the answer is yes.  While it is true that a lawyer opens the case up to greater chance of objections and reversal on appeal the helpfulness of the evidence outweighs that the potential negatives.  Not only does it make a trial more interesting and more dramatic, but it also increases the likelihood that the jury pays better attention.  It also helps the jury to actually understand the facts of the case, which can ultimately lead to more informed decision making.  Although there can never be a guarantee that the jury will correctly apply the facts to the law and return with the right verdict, the effective and skilled use of demonstrative evidence during trial makes it more probable.

[1] Stephen P Lindsey, “Do You Hear What I Hear?” Why Demonstrative Evidence Makes a Difference, Fed. CJA Trial Skills Academy (2010).