“We Have a One-On-One, Personal Approach That Isn’t Typical Of Many Attorney-Client Relationships.” 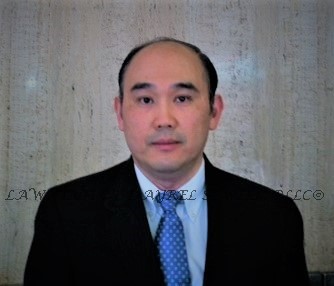 Mr. Ngo is well-versed in prosecution matters before the United States Patent & Trademark Office as he has extensive experience with the patent application preparation and prosecution process. He has performed many U.S. and PCT patent application filings. Mr. Ngo has drafted patent applications, responses to Office Actions, validity, infringement and freedom-to-operate opinions, and appeal briefs in the biochemical, biotechnology, chemical, pharmaceutical, medical device, nanotechnology, and mechanical arts, and more specifically pharmaceutical compositions, polynucleotide and polypeptide sequences, polymer compositions, rocket engines and systems, catalysts, engineered catalytic systems, stents, etc. He has represented the spectrum of patent and trademark owners, drug companies, chemical companies, non-institutional clients, and more. While at reputable law firms in the Washington, D.C. and Philadelphia areas, Mr. Ngo’s foci were in the areas of intellectual property and litigation support.

To continuously expand his technical and legal expertise after law school, Mr. Ngo obtained an M.S. in Biotechnology from the Johns Hopkins University Graduate School, and involves himself with speaking engagements and meetings with an inventors’ club and with online intellectual property groups and clubs.

Prior to law school—with academic, scientific background, and practicum requirements being met—Mr. Ngo received his B.A. in Biochemistry from The University of Texas, and earned supplemental credits in coursework in Biological Sciences from the Harvard University Extension School and the University of Houston. Further, he was a research assistant at The University of Texas Southwestern Medical Center in Dallas, TX, where he assisted in arthritis research. Furthermore, Mr. Ngo was a research technician at Massachusetts General Hospital in Boston, MA, where he assisted in HIV research.

Some examples of Attorney Ngo’s work include: