Takings by the government have long been a murky area.  The Fifth Amendment of the U.S. Constitution does not proffer a great deal of insight into how takings were to be effected.  Recent case law adds some clarity to the murky sediment, but it remains a complex topic.  The Takings Clause of the Fifth Amendment exists to recompense private citizens in the event that government effects a taking of private property.  It states, “nor shall private property be taken for public use, without just compensation.”  The intent behind this was to limit government in its task of maintaining public interest rather than empower it, but it also serves also to give the private citizen recourse when government (local, State or Federal) takes physical possession of land for public use.  Over the years, use of the Takings Clause has evolved to include instances where the government regulates in a manner that reduces the value of private property or regulates such that it renders use of the land null.  These are the two types of per se taking: physical and regulatory.

Murr v. Wisconsin concerned the children of the Murr family who had been devised two separate, but abutting, lots along the St. Croix River by their parents.  One lot was improved by a cabin while the other was undeveloped and smaller than 1 acre.  The children wished to sell the smaller lot to fund repairs of the cabin on the larger lot, but state ordinances prohibited the development or sale of adjacent plots under common ownership if they are substandard, i.e. smaller than 1 acre.  The Murrs sued the state and county claiming that they had been subjected to an uncompensated taking as the ordinance had deprived them of “all, or practically all, of the use of Lot E because the lot cannot be sold or developed as a separate lot.”  The case made its way to the Supreme Court which found for the State, that the two lots were to be treated as one lot.  The Court outlined a new three-pronged test for the “denominator question”, the question of what property or portion of the property has been taken, which has commonly been a difficult and fact-intensive analysis for the courts to make.

The seminal case of Penn Central Transportation Co. v. New York City[3] gave the previous test which provided the courts broad discretion by considering the “parcel as a whole”, however, while it gave broad discretion, it did not offer much guidance in delineating the property for the purposes of analyzing a taking.  The Murr Court outlined the following considerations in determining what constituted the denominator: “(1) the treatment of the land under state and local law; (2) the physical characteristics of the land; and (3) the prospective value of the regulated land.”  Chief Justice Roberts gave a dissent that criticized the majority’s three-pronged test as one that would almost punish the private citizen as the test would perform a “clear double counting” of the government’s interest – in both considering the denominator and then the ultimate takings inquiry.

The third factor of this new test requires an analysis of the concept of reciprocity of advantage which states that, despite the unequal givings and takings, a thing may benefit despite being burdened.  In this instance, the Murrs’ substandard lot was unequivocally burdened; it could not be developed or sold as a single unit, but it also benefited from the development restriction that protected the natural vista of the St. Croix River as it increased the value of the surrounding area.  Indeed, the value of the two lots together far exceeded their combined worth singly.  Murr is the first SCOTUS case to include this concept in its denominator inquiry, and it adds fairness and balance to the outcome by allowing the courts to consider the equitable benefit that the regulation in question has given to the property as opposed to considering only the burden.  Takings law is not a vehicle for compensation against every decrease in property value caused by regulations, it is a method of providing compensation when a regulation has gone too far.  So, even though Murr seems like a decision that favors the government over the aggrieved citizen, in actuality, it favors fairness and balance once all benefits and burdens have been considered.

While Murr serves to clarify the initial takings inquiry, in New York, the case of Matter of New Blue Creek, Phase 3 (Baycrest Manor Inc.) (“Baycrest Manor”), serves to clarify parts of the final inquiry. It provides that subsequent purchasers with knowledge of stringent regulations on the purchased land are permitted to bring takings claims as it would be unfair for successors to title to be precluded from challenging unreasonably onerous regulations. This ruling follows the Supreme Court case of Palazzolo v. Rhode Island[4] and overturned four previous cases known as the Kim Quartet[5] wherein the New York Court of Appeals, in a single day, held that a purchaser with knowledge of restrictions cannot maintain a claim for a regulatory taking.

Baycrest Manor concerned an area of land that was condemned by New York State as 100% wetlands and therefore lacking any economic use.  Baycrest Manor, Inc. brought an action seeking just compensation and argued in the first that the land was unjustly deprived of all use due to the strict wetlands regulations, that the economic value of the land was decreased as a result, and also that a hypothetical future purchaser would pay more than the restricted-use price based on New York’s reasonable probability incremental increase rule.  New York, however, is a strange beast and wetlands areas do hold some non-economic value as was the case here where the owner was awarded higher compensation than the value of the land under a typical regulatory takings claim.  The New York Court of Appeals upheld this decision and outlined instances where departure from the Penn Central ad-hoc test for determining a taking would be considered.  The Penn Central test requires a court to analyze the economic impact of the regulation, the regulation’s interference with reasonable investment-backed expectations and the character of the governmental action, but the Court in Baycrest Manor realized that there are instances, such as here, when non-economic factors play a more important role.  This causes issues for the economic elements of the Penn Central test.  Instead, the Court found that there was a reasonable probability that a takings claim would succeed as the value of the property was reduced by 88% and the wetlands regulations prohibited practically all development of the land, thus removing all economically beneficial use of the property.

Baycrest ManorThis notice is much fairer than before where challenges to unreasonable regulations that cause a taking could only be brought by those who had purchased land before the enactment of the regulation.  It is wholly unfair that a subsequent purchaser not be able to challenge such a regulation merely because he had notice of it when he purchased the land, as it remains unreasonable no matter when a challenge is brought.

While both cases focus on different elements of a takings inquiry, both add to the fairness of the outcome.  Murr ensures that the benefits provided by the regulation to commonly owned lots are fairly considered in determining the denominator, while Baycrest Manor ensures that, in New York, subsequent purchasers of restricted land are able to bring takings challenges and also that calculations for just compensation consider the price that a hypothetical purchaser might pay due to the maintenance of a takings claim and the reasonable probability of its success.  It can be argued that one case favors the government and the other favors the claimant, but both cases favor fairness overall, however, the complexity of takings law is only deepened. 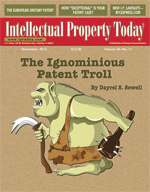