The LAW FIRM of DAYREL SEWELL, PLLC is pleased to announce that Mr. Dayrel S. Sewell, Esq. penned an article entitled, “Graffiti: Legal or Illegal?” that is now published in the Brooklyn Bar Association’s Fall 2020 Journal.  The article explores the legal distinction between permanent graffiti and art, and the legal interpretation of the Visual Artists Rights Act as applied to the 5Pointz case.

This publication represents the continuation of our firm’s commitment to providing value to the greater NYC community and service excellence to our clients.

Established in 1872, the Brooklyn Bar Association’s primary purpose is to promote professional competence among attorneys and increased respect for the legal system.

In the rapidly changing world of Intellectual Property Law, street art protection is less commonly discussed than that of other innovative creations.  Street art is somewhat ambiguous in its meaning.  It is common to associate street art with the graffiti spray-painted tags on a building or subway.  However, actual street art is something created with more depth.  Legally, the distinction between permanent graffiti and art is permission.  Street art becomes vandalism when that permission to publicly paint is not granted.[1]  Because of the complexity of public art, the amount of protection warranted to street art is unclear.  Graffiti law is not yet a legal practice; however, graffiti-related disputes have been stirring across the country.[2]

In a case close to home, 5Pointz graffiti curators have been wrestling with building owners over their famous murals being torn down without notice in Long Island City, New York.[3]  5Pointz, the outdoor art exhibition once praised as an international “graffiti mecca,” is undergoing construction as it transforms into two residential high-rises with luxury apartments.[4]  Strikingly, the apartments will keep the 5Pointz name.  The newly constructed buildings will showcase street art-style decorations in memory of the destroyed exhibit, much to the dismay of original 5Pointz artists.  The building may even display replicas of 5Pointz if the artists grant permission.  That may be unlikely, though, considering their adversarial stance against the building owners.

The legacy of 5Pointz began with curator Jonathan Cohen in the early 1990s.[5]  Nearly three decades ago, the site was merely made up of unused artist studios.  So, Cohen asked the building’s owners, Jerry and David Wilkoff, for permission to paint on the walls of the buildings.[6]  After agreeing to the artist’s use, Cohen went to work and, over time, local and international artists joined him, turning the buildings into the colorful outdoor art exhibit it came to be known as over time.[7]

The building owners were issued a permit on August 21, 2013 by the City Planning Commission to convert the 5Pointz buildings into high rise apartments.  On October 10, 2013, Cohen and other aerosol artists sued the owners of the buildings that housed 5Pointz to prevent their works’ destruction, asserting VARA (Visual Artists Rights Act) and common law tort claims in the Eastern District Court of New York.  In the case of Cohen, et al. v. G&M Realty, L.P., the court denied the artists’ request for injunctive relief.[8]  Despite the suit, the 5Pointz artwork were quickly whitewashed in one night, erasing all artwork to allegedly prevent the property from being able to claim landmark status.  The artists accused the owners of deliberately whitewashing the art so rapidly in an attempt to sabotage their plan to get the building landmarked because they had already prepared over 20,000 landmark forms for submission to the Landmarks Commission that were collected during a rally several days before the destruction.  The stigma behind graffiti being an act of vandalism is blurred when building owners consent to having street art on their property, and then forcefully remove it without giving the artists an opportunity to preserve their work.

Twenty-three artists had accused Jerry Wilkoff of removing the murals without giving the artists a fair opportunity to remove and preserve their work, or even the minimum notice required by law.[9]  In March 31, 2017, Senior District Judge Frederic Block ruled against the real estate developers, who made a motion to dismiss the artists’ third and final complaint.  Judge Bloc stated that: “For VARA, the plaintiffs would have no right to prevent 5Pointz’s destruction by its rightful and legal owner; hence, the plaintiffs’ “moral rights” to prevent another’s disposition of his property arise purely under VARA.  Because the plaintiffs’ conversion and property damage claims wholly depend on the viability of their VARA claim, the Court finds them to be fully preempted.”[10]  This significant legal victory for the artists is meaningful for the entire art community because the judge is allowing the case to go in front of a jury who may be more sympathetic to the wronged artists than to the real estate owners and developers.[11]

Evidently, the 5Pointz street art exhibition can be classified as a visual work of art because the murals were spray painted at the site and signed by the artists, and Judge Frederic Block agreed.  The developers unsuccessfully argued that the rights warranted by VARA were “narrow and inapplicable given that, while the artists are well-known, the works are not.”

The judge ruled that the evidence provided by both developers and artists on VARA claims were sufficient to allow this case before a jury.  VARA states:

(a) Rights of Attribution and Integrity.—Subject to section 107 and independent of the exclusive rights provided in section 106, the author of a work of visual art—

(A) to claim authorship of that work…

(3) subject to the limitations set forth in section 113(d), shall have the right—

(b) Scope and Exercise of Rights.—

(1) The modification of a work of visual art which is a result of the passage of time or the inherent nature of the materials is not a distortion, mutilation, or other modification described in subsection (a)(3)(A).

(2) The modification of a work of visual art which is the result of conservation, or of the public presentation, including lighting and placement, of the work is not a destruction, distortion, mutilation, or other modification described in subsection (a)(3) unless the modification is caused by gross negligence.

(1) With respect to works of visual art created on or after the effective date set forth in section 610(a) of the Visual Artists Rights Act of 1990, the rights conferred by subsection (a) shall endure for a term consisting of the life of the author.

(1) The rights conferred by subsection (a) may not be transferred, but those rights may be waived if the author expressly agrees to such waiver in a written instrument signed by the author…[14]

Interestingly, real estate and copyright law seem to intersect where VARA applies, and so real estate owners, like those of the 5Pointz site, need to be aware of its protections.  Title 17 of the United States Code, Section 106A(a)(1)(B)(3)(A) provides that the author of a visual art has the right to prevent intentional mutilation of a work, and any such mutilation is a violation of that right.  Undoubtedly, the developers have violated the artists’ VARA-granted right.  None of the statutory exceptions apply to the developers.  The works were not naturally distorted over time or modified for improvement.  Furthermore, 5Pointz comprised of original visual works based on each artist’s own perception; they were not reproductions or depictions of other works, so the third exception does not apply either.  VARA grants visual artists these rights for the duration of the artist’s life, unless that right has been waived in a written instrument and signed by the artist, and there is no evidence of such waiver by the artists here.

While some perceived Judge Block’s ruling against the developers as an “unexpected turn” for the graffiti artists, it’s almost clear-cut that VARA is written in the artists’ favor.  Despite the undefined realm of graffiti law, VARA is not so ambiguous as to the protections it warrants; nonetheless, it is narrowly construed.  With the support of articles on 5Pointz, corporate and worldwide recognition, and “aerosol art” experts’ testimonies, it seems quite feasible that a jury will sympathize with the 5Pointz artists who, with the permission of the owners, worked on the demolished buildings.  In the meantime, the art world awaits and anticipates the trial that turn out to be a landmark case for street artists in need of protection for their recognized works.

The LAW FIRM OF DAYREL SEWELL, PLLC is pleased to announce that Messrs. Sewell’s and Ng’s recent, featured publication, “Pharell Williams and Robin Thicke told they “Got To Give It Up””, appears in this month’s IPFrontline newsletter.
You are encouraged to comment and receive free updates by subscribing to the firm’s Blog and Press Release sections. 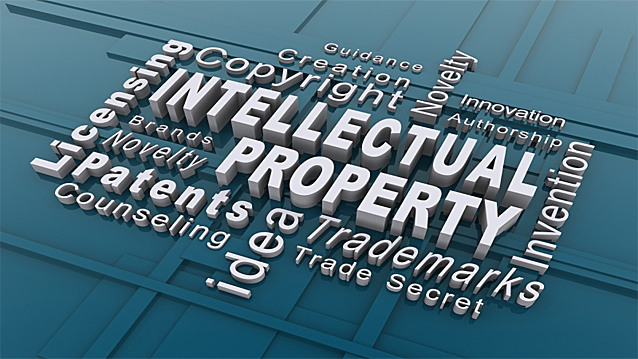